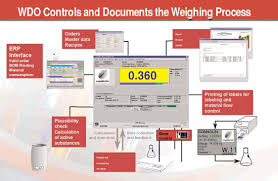 Currently, the GWP (Global Weighing Process) provides documented evidence for reproducible weighing results. It is in line with current quality standards for manufacturing and laboratory processes. It provides a benchmark for selecting and calibrating weighing equipment and can improve quality in all manufacturing processes. A few factors influence the accuracy of the GWP.

First, the weighing process is integral to the manufacturing process. This includes the use of hardy weight controllers, load cells, platform scales, and more. They are used to weigh a wide range of products to ensure their contents. A typical use is check weighing, which determines the correct number of items in a box, carton, or pallet. Kegs, canisters, and containers used in the beverage industry are also weighed.

Manual weighing is still used in many facilities, but automation can make it more efficient. A weighing system that can be programmed to monitor and record product weights eliminates the human element, which improves flexibility. In addition, it can be equipped with a check weighing system to produce statistical information for governmental requirements and support quality requirements. This allows companies to make adjustments to the weighing process to improve product quality and reduce costs.

Traditional scales use two plates or bowls suspended at equal distances from a fulcrum. One plate contains the unknown mass, while the other holds the known mass. When the two plates reach a state of static equilibrium, the scale is considered “perfect”. A spring-based weighing scale uses a spring whose stiffness is known. A mass suspended in this way will stretch the spring by a certain amount. A heavier object will stretch the spring more.

The weighing process is very important and should not be taken lightly. Care must be taken to minimize the risk of contamination. Always use gloves and safety goggles while performing this procedure. You must also make sure the weighing paper and balance are clean. In addition, you should always check the calibration and accuracy of your weighing equipment.

There are two main methods to weigh samples. You can either weigh directly on a weighing scale or use a weighing pan. The former method requires less coordination, but requires you to check the weight of the sample after each addition. You should always ensure that you do not add more than the amount you need.

After placing a sample in a weighing pan, the weighing chamber should be wiped clean. Never use bare hands to place the sample as this may result in errors in the readings. Using clean forceps for placing the sample in the center of the pan also eliminates the risk of cross contamination. Also, never leave the weights on the workbench. Store them in a desiccator after use. If you are using heavy weights, you should wear gloves.

The weighing process involves comparing the mass of an object and its weight. This means that the weight of an object is proportional to its mass in a given gravitational field. Balances also use a standard mass, which usually has a label indicating how much it weighs. The difference between a mass and its weight is measured in Newtons.

A standard scale is also helpful for laboratories. Calibrations and certifications should be done correctly to ensure a consistent measurement. This ensures that the measurements are accurate and can be used for further analysis. Furthermore, standardized weighing practices promote international and national cooperation. It can improve logistics when moving goods around the world.