Skip to content
Home » Importance of the Weighing Process 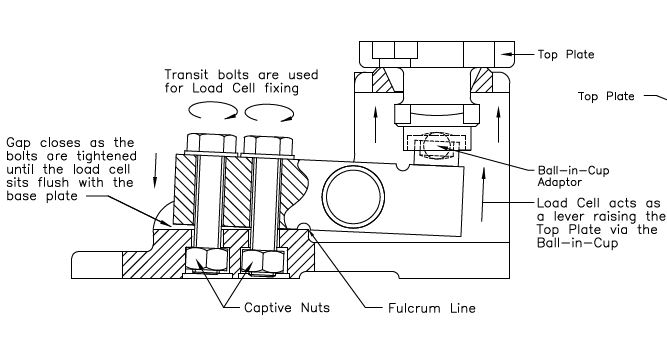 Readability of a weighing scale

One of the best ways to assess the accuracy of a scale is by using the most accurate unit of measurement possible. For instance, if you are weighing a 100g sample, a scale with a readability of 0.1 milligram is a good choice.

However, this does not mean that the scale with the lowest readability is the most accurate. In fact, higher readability indicates a more accurate scale. You should also ensure that the total load on the scale is within the rated capacity of the scale. A weighing device that is severely overloaded can permanently damage the weighing mechanism.

Readability is a common term that is used interchangeably with other terms. Another common term is resolution.

Calibration of weighing scales is vital to ensure accuracy of your weighing process. An accurate reading will enable you to trade precious metals accurately. In some cases, the output of your weighing instrument may have legal implications. Therefore, it is important to follow the manufacturer’s recommendations and ensure your scales are calibrated on a regular basis.

There are two ways to calibrate a weighing scale. The first is to use an internal calibration method. This is a process wherein the instrument is plugged in and activated. During this type of calibration, the scale is programmed to calibrate automatically at specified times.

In comparison, the external method involves using a standard set of weights. These can be purchased from a trusted supplier. A scale’s readability is also influenced by the environment it is placed in. If the scale is used in an area with high humidity, it may suffer from static electricity. Likewise, if it is subjected to frequent loading, it may need to be calibrated more frequently.

Performing weighing is a common operation in a laboratory. However, there are precautions that must be taken to avoid errors. This is especially true when weighing samples. Keeping your weighing equipment and balance in good condition will help prevent errors and ensure accurate results.

The first precaution to take is to make sure that your weighing chamber is clean and free of contaminants. It is also a good idea to keep your weighing room at a steady temperature. You should place your weights in a desiccator after you use them.

Another precaution to take is to wear gloves. This will protect your hands from oils, sweat, and other substances that can stick to your hands and impact your reading.

You should never touch a weighing table or standard weights with bare hands. Instead, you should use rubber tweezers or wooden tweezers. If you cannot use these methods, you should use disposable gloves.

Applications of check weighing in the product inspection and shipping processes

Check weighing is a quality assurance procedure that is used to determine the weight of packaged items. It helps ensure that products don’t have any underweight components and that they are packaged according to specification. In addition, check weighing can help prevent a product from being returned due to an underweight condition.

In the food and pharmaceutical industries, check weighing is essential. Check weighing can be done manually or automatically. Typically, a checkweigher can process up to 500 items per minute. The speed depends on the type of product and the conveyor speed.

There are two types of checkweighers – static and dynamic. Static checkweighers are commonly used in the food and meat industries. These units are designed to ensure the smooth flow of the production line. They are also utilized by quality assurance inspectors.